Sports Biopic Which Are A Must Watch

While there are a lot of people who ravage about sports where in this corporate age where money has taken over and over-paid athletes who expect star like treatment but there’s still something unique about sports in its purest form when athletes give their everything and rise above themselves and touch greatness and in doing so make us believe that we too can achieve anything we wish for.

Sports and cinema are probably the two fields which inspires every individual in one way or the other. Through cinema we have time and again managed to gain knowledge and know more sports and sports-men and their inspiring journey. While an athlete’s life and journey cannot be cut down and showed in two to three hours still there are some movies which go beyond boundaries to inspire us and brings out their stories and hardships, they had to go through to achieve greatness. We in our latest blog present you the sports biopic which are a must watch!!

With probably one of the finest actor our country has ever seen Aamir Khan who has time and again proven his worth for the scripts he has chosen and how everything he does is with excellence which has given him the title of perfectionist hence there were lot of expectations from Dangal which turned out to be the highest grossing Indian movie of all time. Inspired by the story of the Phogat family, this movie shows how a father’s dream and obsession to win a gold medal for his country in the field of wrestling leads to him directing his daughter’s life to wrestling and beating every obstacle that comes their way. Mahavir Singh Phogat played by Aamir khan is an obsessive father who wants his daughters Geeta and Babita Phogat to follow the path of sports and excelling in a way which even he couldn’t do. This movie is an eye stealer as it shows how from a young age Mahavir Phogat introduced wrestling to Geeta and Babita’s life to an extend where they had to drop everything and concentrate on wrestling he even went on to chop of their hair as it become a distraction during wrestling, while the girls at first resisted they eventually understood that everything their father did so that they could have a better future and their lives are not just restricted to being a house maker.

After years of hard work, discipline and determination they finally achieved their dream and their father’s dream when Geeta won the gold medal in the 2010 common wealth games in India. While Aamir Khan got major praise for his fat to fit transformation for the role where he played an old father to a young fit Mahavir Phogat wrestler but the heart of the movie were the girls who played the role of Geeta (Fatima Shaikh) and Babita ( Sanya Malhotra) as they gave in their blood sweat and tears to do justice to the role. This movie also held praises as it inspired many young women to take up sports and make a career in it.

The most important role in an athlete’s life is that of a coach. While we may not see athletes bonding with their current coaches, they share an irreplaceable bond with their first coaches because they leave an impact in their lives which is much stronger than fame and money, they help them shape their career and bring discipline in them while enjoying the sport and achieving excellence.

Coach Carter is a story of Ken Carter who inspired and entire team of distracted basketball players and showed them the bigger picture of how life is not restricted to a basketball court and is much bigger than that. Played by Samuel Jackson the movie shows how he not only helped the team to win the State Championship but he also inspired them and made them understand the true value of sports and sportsmanship and helped in grooming them to boys to men. His strict ways of coaching and disciplinary acts not only went down well with the students but also the school staff and the children’s parents as he insisted that every player had to maintain a 2.3 GPA. While the students resented at first but when they realised his motive, they all agreed to play on his terms and for many of them he became aa father figure.

Milkha Singh, one of the most celebrated Indian athletes of all time, the movie does justice to his career, directed Rakesh Omprakash Mehra has aced in getting out his story in the most beautiful way possible and actor Farhan Akhtar has pulled off a performance of a lifetime as he nailed every aspect of the story.

Milkha Singh’s story inspired a generation of people as the movie shows how he dealt with life and came out as a winner in every aspect, be it joining the army and representing the country, how he trained an extra two hours at night so that his duty would not get disturbed. Be it the time when he gave up everything and went to train at the dessert at low altitude just so that he could break the world record at that time which he eventually managed to. But nothing tops the trauma he went through as a child when his entire family was slaughtered during the partition and how he had to run for his life, this movie is surely to get you to tears.

This movie is a personal favourite as shows the power of sports. Where an entire country is in a middle of transition where South Africa has its first black president, while a lot of people were still trying to adjust to this fact Nelson Mandela used the rugby world cup to unite an entire country and how they celebrated the world cup victory together.

Starring Morgan Freeman as Nelson Mandela and Matt Damon as the South African rugby captain both the actors give a stellar performance as the movie shows the power of sports and how it’s not just limited to a court or a field and it goes much beyond it and brings a certain joy and happiness into people’s lives. The movie shows that irrespective of caste, creed, colour, gender and social status nothing matters when it comes to sport. In a scene were there is a petition to change the name of the team from springboks to the proteas as the springboks didn’t go down well with the blacks Nelson Mandela steps in and orders to keep the name to springboks which won a lot of people’s hearts as he stats that if he changes the name he won’t be doing the right thing to it’s people. The story of how he spent 11 years in one jail cell inspires the entire team to do well and win the cup for their country.

While there are many sports biopic we chose these four as they talk about how sports is not just about playing a game it helps people when they re at their lowest it gives hope that they can aim for the best and most importantly it helps one prepare for the challenges life throws at them and come out stronger in every aspect. But there are some other sports biopic as well which are a treat to watch.

This Akshay Kumar starter film not only was a huge box office success but also celebrated India’s first ever gold medal in the 1948 Olympic games in none other than our national sport hockey. It also portrayed the pride of the players when they won a medal for their fee country and oppressed under someone else’s rule.

An inspiring journey of a women who overcomes every obstacle thrown at her and comes out shining in every situation to become India’s greatest boxer of all time, this movie is sure a treat to watch.

If a movie is to be seen to prove that sports bring out the best in a person is this. Inspired by the competitive tale of James Hunt and Niki Lauda, it shows how each of them crossed their boundaries to achieve greatness with mutual respect for each other. 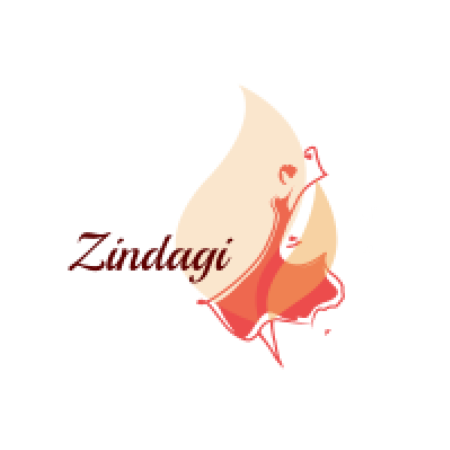